Following a terrible run of just two wins in their last 9 matches including a home goalless draw against Torino on Sunday, the board of Serie A giants, AC Milan has removed Vincenza Montella from the post of coach of the first team.
This comes on the heels of heavy summer spending by the Italian giants.
An official statement by the Club release on twitter read “AC Milan announces that they have parted ways with Vincenzo Montella from the post of coach of the first team,”
“Management of the first team is entrusted to Gennaro Gattuso, who leaves his position as Primavera coach and to whom we wish the best of luck.”
Montella’s replacement Gattuso, help the Serie A giants to two Serie A titles, One Coppa Italia and two Champions League titles over a total appearance count of 468.
Over the course of his career, Gattuso was widely known for his short temperament and stamina. 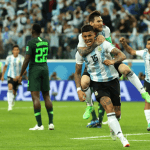