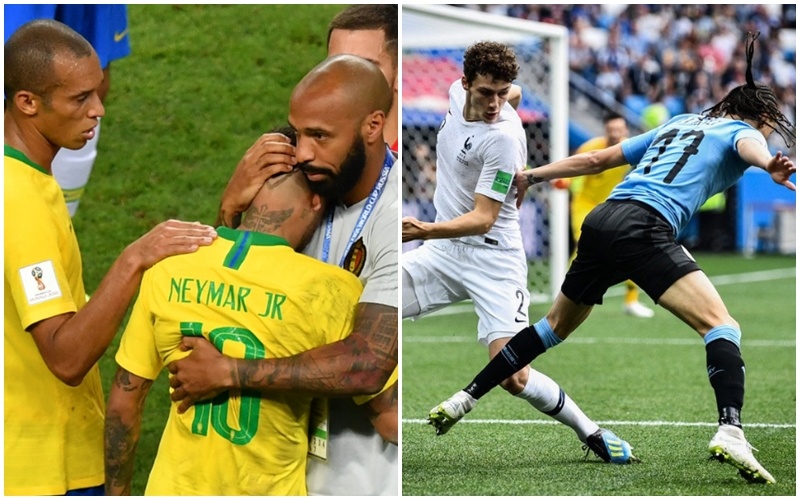 Belgium will face France in the Semi Final of the ongoing World Cup after victories over Brazil and Uruguay respectively set bot European countries against each other.

France beat Uruguay 2-0, courtesy of goals from Varane and Griezmann while Belgium survived Brazil’s comeback in a 2-1 win with goals coming from an own goal from Fernandinho and De Bruyne before Renato scored a consolation for Brazil.