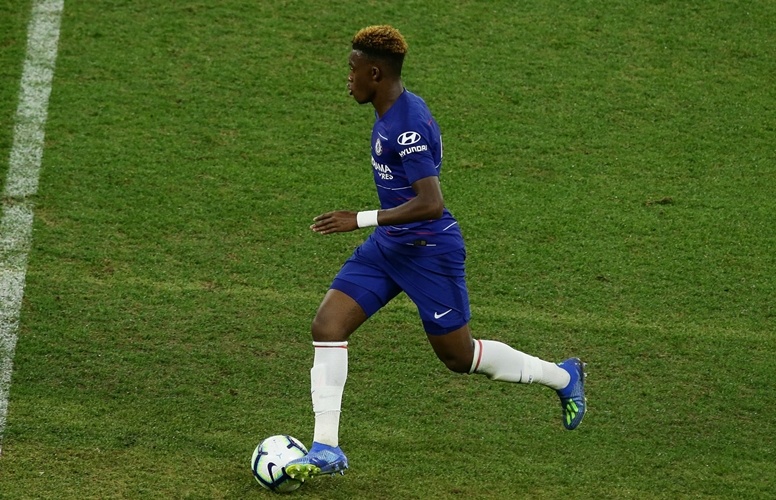 Chelsea Youngster, Odoi Excites Fans After Impressive Performance Against Arsenal. Chelsea lost on penalties to Arsenal after playing 1-1 in 90 minutes but that is not the biggest news. Chelsea have over the years failed to make a player from their academy a superstar, other than John Terry.

For three consecutive matches, generally against weakened opposition, 17-year-old Callum Hudson-Odoi has been leaving scorch marks down the left wing and scars on anyone assigned to defend him. “It’s only preseason!” you might exclaim. But there is only so many times you can do that before you have to accept what your eyes have been telling you all along.

His latest victim was no B-teamer though; it was future Barcelona right back Hector Bellerin in Dublin on Wednesday. Hudson-Odoi goaded the quick defender six years his senior into conceding a penalty in the 15th minute, and that was just one highlight from another dominant outing in which he could have collected, with just a little bit of help from a center forward who could finish a chance or two, three assists.