Chelsea fans are presently not happy with situations at the club at the moment. With a run of three games without a win, it is not the fans are expecting at this period of the season. Unlike last season, Chelsea are not having a good time in the league and after succumbing title chances to runaway leader, the fans would savour a chance for Cup glory. Chelsea fielded the entire first team players in the squad that faced Arsenal’s second team in the Carabao’s cup semi final, yet devised a defensive tactics which led to a boring stalemate at Stamford Bridge.
Hazard particularly has had a dip in form for some games now and Morata is finding it hard to score with his feet. Willian has stopped saving them and no magic coming from Pedro. Recently, the war-of-word between Conte and Mourinho has dominated headlines and some are seeing this as distraction to the Chelsea boss. All in all, Chelsea fans are not happy with present situation, bearing in mind that they will face Barcelona in the Champions League in Febrauary.

This moment is really hard for Chelsea.

Their take-on specialist doing nothing but dancing shaku shaku on the field.

Morata can't finish anything with his leg.

Coach Conte having a thug of war with Mourinho.

This moment will pass FC

Not sure how Chelsea fans feel about Conte's struggles with Arsene Wenger. Arsenal games used to be sure bankers under Mourinho. These days, Chelsea have firmly become underdogs. Arsenal comfortably pick up results no matter what type of team Wenger picks.

This is the real conte when we play vs arsenal pic.twitter.com/I0rK9YoQTH 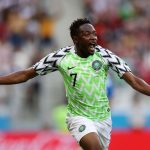 Mohamed Salah has been voted the PFA Player of the Month for November, after scoring eight goals in six games in all competitions last month. Salah has been in breathtaking form since joining the Reds from AS Roma in the summer, swiftly taking up a key role under Jurgen Klopp. Liverpool have improved dramatically since… 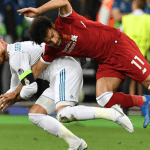 The Alexis Sanchez transfer saga gets a new twist in the tale and this time the potential suitors might be a club away from the Premier League. It is being speculated that the European champions Real Madrid are looking to make a bid for the Chilean star striker, who was once a part of their…

Having cashed in on their top defender, Southampton are actively moving to use part of money made from that deal to lure Walcott away from Arsenal. Following enquiries to Arsenal on availability,  Southampton have confirmed that they are looking to acquire the Arsenal wingman either on loan or a permanent transfer and hope that Walcott…