Cristiano Ronaldo is set to win his fifth Ballon d’Or tonight – after leaked images emerged of celebration boots.
Ronaldo is expected to pick up his fifth Ballon d’Or gong following his Champions League success.
He will draw level with great rival Lionel Messi on five awards, having also finished second on five occasions.
Pictures of a pair of Nike books have emerged with the wording ‘Quinto Triumfo’, or ‘fifth triumph’ inscribed on the heel and the years of each Ronaldo’s successes on the insole. 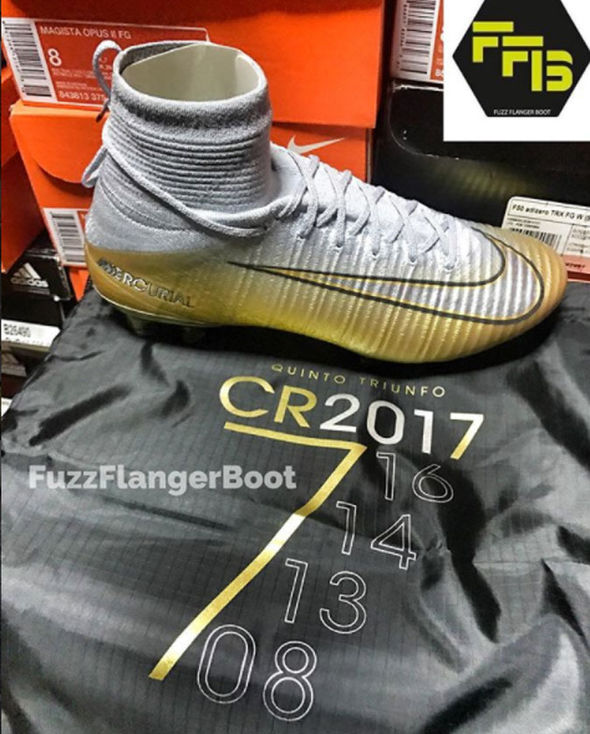