Cristiano Ronaldo has been handed a five match ban after he was found guilty of pushing the referee following his sending off after he dived during the Super Cup match against Barcelona on Sunday.
Earlier in the game, Ronaldo was brought on and he scored moments later, but his celebration was what caught the eyes of the home fans. Cristiano Ronaldo decided to mock Barcelona and Lionel Messi when he scored. He took off his shirt and displayed it to the crowd, just like Messi did last year. 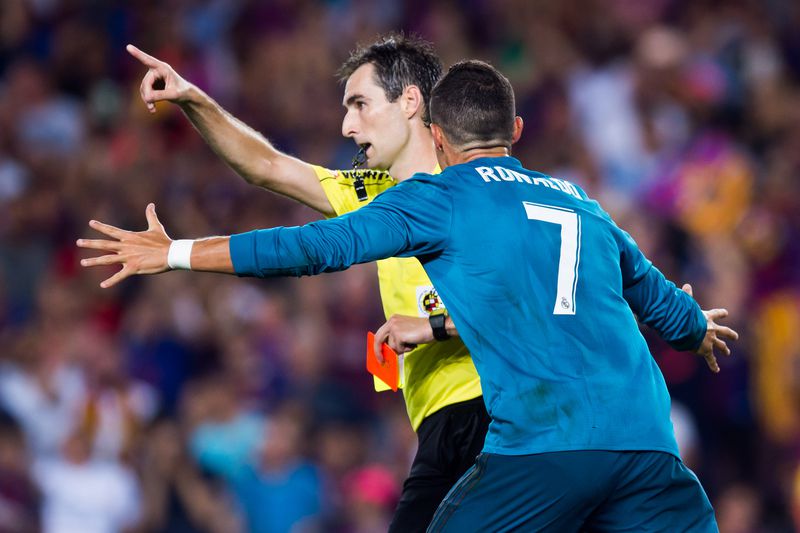 Moments after his goal he was booked for diving, resulting in a second yellow card and, ultimately, a red card. He will now miss 5 matches after video showed he pushed the referee following the red card.