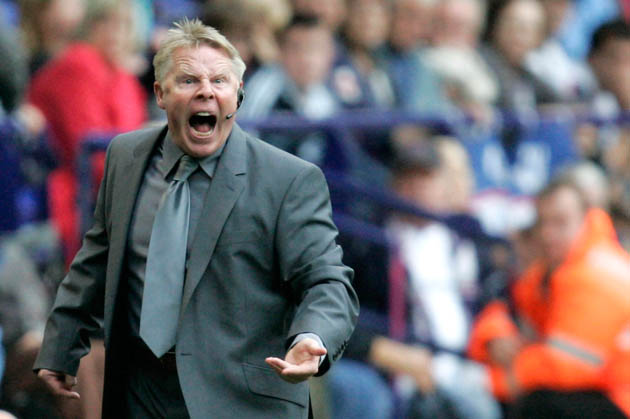 Famous for that dreadful headset he insisted on wearing, Sammy Lee lasted just 11 Premier League games at Bolton Wanderers after he replaced Sam Allardyce, whom he had coached under for the Trotters.
Lee won just won top flight game, but insisted on citing positives during his post-match interviews at the Reebok Stadium. However, his sacking by October led Lee to end his career as a manger, returning to assistant roles at Liverpool, Brighton & Hove Albion and Southampton, where he currently serves.

England’s record goalscorer Wayne Rooney announced on Wednesday he is retiring from international football with immediate effect after manager Gareth Southgate tried to recall him to the squad. The 31-year-old — scorer of 53 goals in 119 appearances for his country — told Southgate of his decision during a phone conversation on Tuesday. Southgate had…

The UEFA Champions League returns tonight and as expected, the fans are excited. Maybe only Arsenal fans would be feeling bad as they failed to qualify after finishing below 4th place. As we get ourselves ready for the matches, here are some of the facts and stats you need to know about the Champions League….

The Super Eagles of Nigeria have destroyed the La Albiceleste of Argentina in the exceedingly anticipated friendly match in Russia. Surprisingly, Super Eagles came out victorious, coming from 2 goals behind to beat Argentina 4-2 Ever Banega scored first to put Argentina ahead in the 27th moment. Sergio Aguero scored to put La Albiceleste two…

Mohammed Salah has been named the best African Footballer for year 2017 in the CAF award night in Ghana. The Liverpool player has been in scintillating form for both club and his country after sealing a place for Egypt at the Russia 2018 World Cup. Salah was able to beat off competition from fellow Merseysider…