It was a disastrous Premier League debut for Gonzalo Higuain as Chelsea put out one of the most embarrassing performances to lose 4-0 to Bournemouth.

The Argentine making his full debut following a cameo appearance in Chelsea’s 3-0 win against Sheffield Wednesday at the FA Cup last week could not make an impact as his new club got thrashed by a mid-table Bournemouth.

The result took them off 4th place as Arsenal who enjoyed 2-1 victory over Cardiff last night toppled them immediately on same point but with goal difference. Chelsea conceding four at Bournemouth means they are now leveled on same point with Arsenal, same goal difference but Gunners scored more. 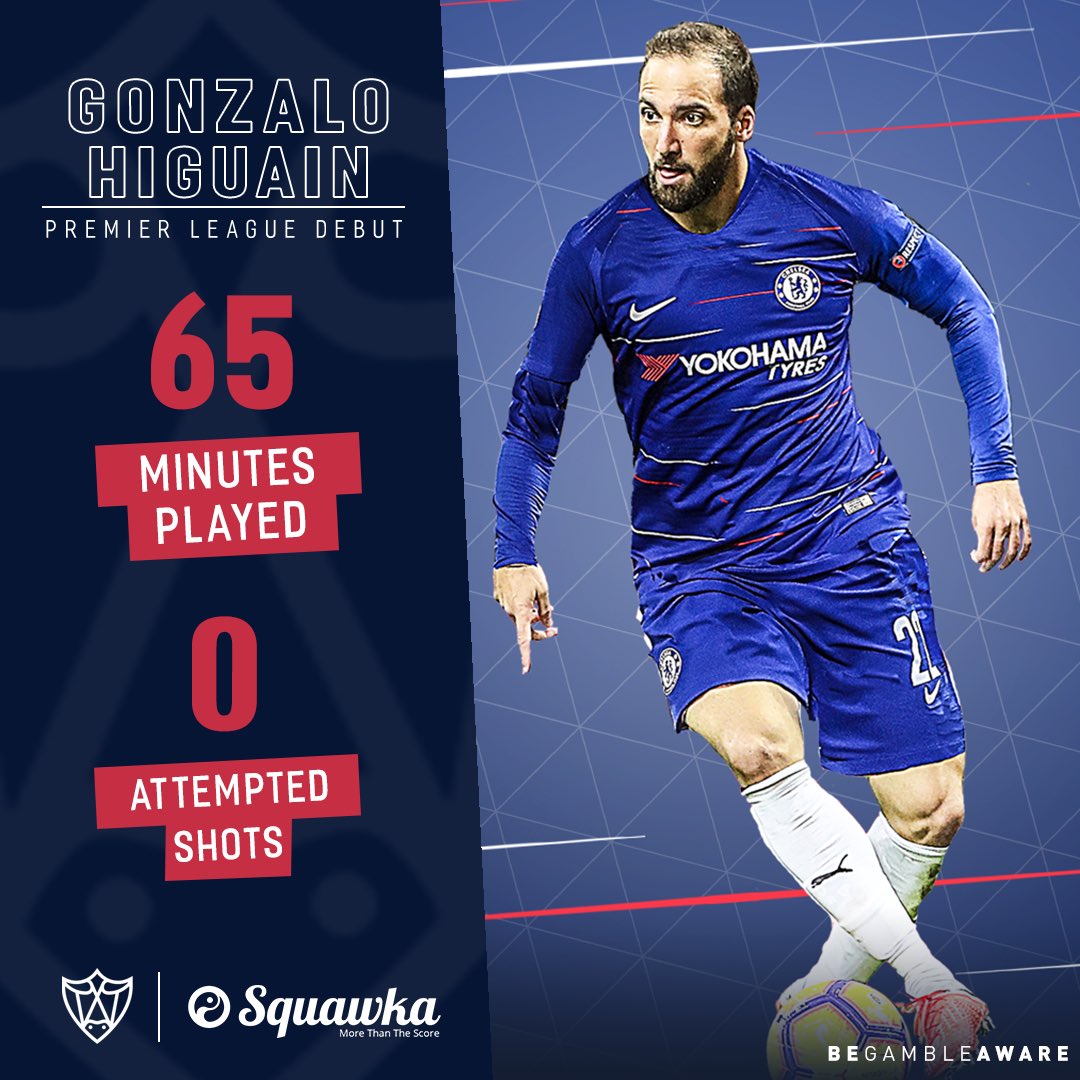 In other fixtures, Liverpool failed to capitalize on Man City’s loss to Newcastle last night as they were held to 1-1 draws by a resilient Leicester side at Anfield.

Mane got the host to a flying start after he opened the scoring in the 3rd minute. Liverpool conceded a late first half goal and could not build on the scoreline. Liverpool are now five points ahead of Man City in the race for the league title.