Arsenal were eliminated in the FA Cup third round for the first time in Arsene Wenger’s reign as they fell to a humiliating 4-2 defeat to Nottingham Forest at the City Ground.
Right-back Eric Lichaj’s first-half brace, either side of Per Mertesacker’s scrambled equaliser, set Forest on course for the upset before Ben Brereton doubled the hosts’ advantage from the penalty spot.
Danny Welbeck gave the visitors hope just before full-time, but Kieron Dowell converted Forest’s second penalty with five minutes left.
This has left the fans furious and they are no longer listening to any excuses, all they want now is #wengerout. See Tweets below:

Tbf on #nffc Lichaj's goal is even better with the titanic music! #dcfc #afc pic.twitter.com/Go2nFR1beI

Look at what Wenger is doing to Arsenal Football Club.. pic.twitter.com/dnq9Z4eq3j

Arsenal Fan TV is the place to be right now #MoreThan90Mins pic.twitter.com/IJa5gwepGk 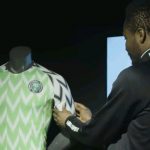