On a feisty night under the Anfield lights, the world’s most expensive defender proved he can be effective at both ends of the pitch by nodding in an 84th-minute corner to make it 2-1.
The Holland international becomes the first player to score a winner at Anfield in an FA Cup tie against Everton, at the fifth time of asking.
Gylfi Sigurdsson’s 67th-minute goal had earlier cancelled out James Milner’s first-half penalty in a blood-and-thunder contest which threatened to be tainted by a first-half flare-up between Mason Holgate, who conceded the spot-kick, and Roberto Firmino.
Man United also beat Championship side, Derby County 2-0 to progress to the 4th round. United had laboured through the first half with the Derby goalkeeper pulling a string of fine saves to deny them of the lead. But Lingard who has been in good form recently found the breakthrough with a sublime curled shot from outside the box before substitute Lukaku added a second to seal the win for United 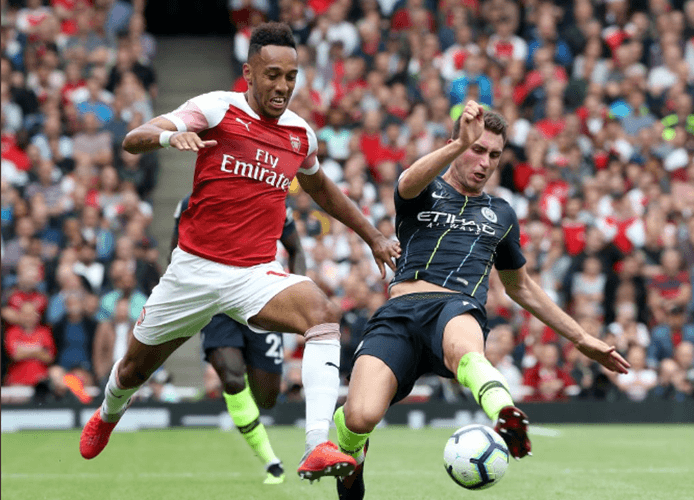