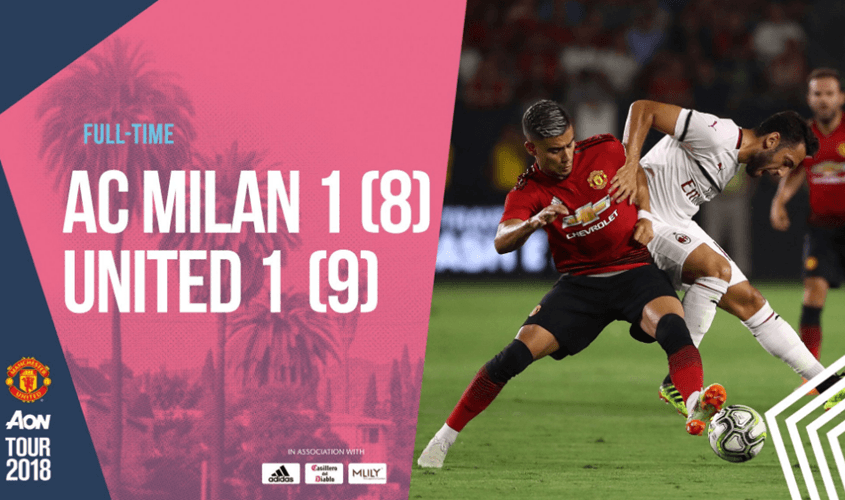 Man United managed their first win of the pre-season after beating AC Milan 9-8 on penalties following 1-1 draw at regulation time. Sanchez put United ahead in the 12th minute but lead could not last for more than three minutes after Suso pegged back for AC Milan. The game ended 1-1 and they went straight to penalties which ended in United’s favour.

Elsewhere, Tottenham crushed Roma while Liverpool rose to see off Man City in a match which saw Mo Salah return and got straight on the score sheet in Red’s 2-1 victory. While many team fans are excited ahead of the coming season, Man United fans are far from happy especially because of limited activities at the transfer market and manager’s style of play has been a major concern.

United are yet to feature any of their World Cup stars, with new signing Fred expected to partake in their next games. Also, Serbian midfielder, Matic is back with the team and has started training. While the team have granted players such as Rashford, Lingard, Lukaku and Pogba extended leave because of their team’s reach at the just concluded World Cup in Russia.