The FIFA World Footballer award has come and gone and for the most interesting part of it is the Golden Boy award that sees new PSG boy Mbappe swoop the prestigious award has got a lot of people thinking about the next generation stars. Mbappe was a subject of a record transfer to PSG from bitter rival Monaco. Ronaldo and Messi have dominated the world of football for more than ten years, and it doesn’t look like they are tired. Rashford and Mbappe look the most promising among the nominated players for the Golden Boy Award. Dembele was a very important player for Dortmund last season, since his move to Barcelona, his season has been plagued with injury. He is currently on the sideline and may not feature for the club till January.

The Manchester United golden boy has been a revelation since his introduction in 2015, the college boy has gone from being a youth player to a dispensable member of the team. He has won matches for United and he also create goals. Under Mourinho, he has been deployed more as a winger rather than a proper striker. Nonetheless, he still gets his jobs done. Rashford has also established himself as a regular starter in the England national team.

Kylian Mbappe is worthy of his recognition. Amongst other nominees, he seem most matured and the way he has been able to accommodate himself into the PSG team looks amazing. Mbappe was a key member of the Monaco team that won the Ligue 1 last season. Mbapppe goal scoring stats might have declined since his move to PSG but he has established himself well, creating goal chances for teammates and scoring a few. Messi and Ronaldo may be the no. 1 and no. 2 players in the world at the moment, Mbappe and Rashford are capable of challenging the likes of Hazard and Neymar to the main award in the nearest future 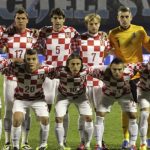 Aside Iceland and Argentina, Super Eagles of Nigeria are drawn alongside Croatia in the coming World Cup and unlike Iceland, Croatia is a well known country having participated in the competition four times in recent years. Croatia national football team have appeared in the finals of the FIFA World Cup on four occasions (in 1998,…

The Evil of Gambling! See Top Gambling Footballers Who Went from Riches to Rag It is a common saying that the rich people will always look for multiple stream of revenue, but is gambling a sustainable source of revenue? In Nigeria today, football betting have become very popular amongst youths, some call it “Youth Empowerment”….

Having cashed in on their top defender, Southampton are actively moving to use part of money made from that deal to lure Walcott away from Arsenal. Following enquiries to Arsenal on availability,  Southampton have confirmed that they are looking to acquire the Arsenal wingman either on loan or a permanent transfer and hope that Walcott…

At the peak of his career with Arsenal, he became a fans’ favorite. He was part of the side that faced Barcelona in the 2006 Champions League final. Arsenal lost but Eboue remains a cult-hero at the Emirates Stadium, as much for his happy demeanour and his goal celebrations as the ability which saw him… 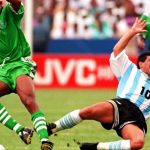