On Monday, Super Eagles released provisional squad for the World Cup, and with just one month left to start, we can be rest assured that a lot is going on at various camps. 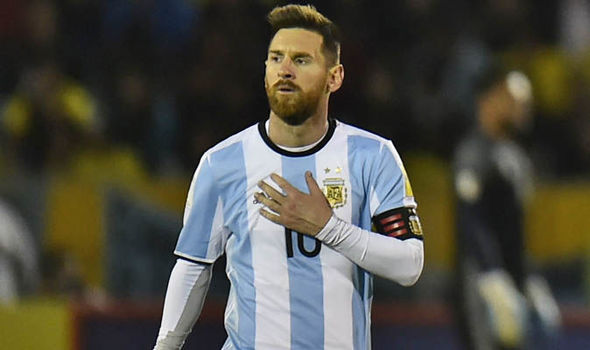 Nigeria was drawn alongside Argentina, Iceland and Croatia, the former being a familiar foe and while the South American giant had benefited more in the fixture, Super Eagles will be more prepared for them than the other two opponents in the group.

Speaking about the other two teams, Croatia and Iceland, the fact that they qualified for the World Cup is reason enough to take them serious. Argentina may be the biggest name in the group, but the other teams are technically good.

Iceland, currently ranked 22nd in the World. The Iceland coach, Hallgrimsson has overseen Iceland’s remarkable rise. Having led the team with Lagerback at UEFA EURO 2016, he was in sole charge as they reached a first World Cup – becoming the smallest country by population ever to qualify – by topping Group I. The only prominent star, Iceland’s talisman midfield playmaker, Sigurdsson has been named his country’s footballer of the year for the last five years running. Sigurdsson supplied four goals and as many assists in the team’s Russia 2018 qualifying campaign. But it is not all about Sigurdson, the team is technically good and as much as they could be underrated, Iceland could pose such threat to Super Eagles advancing to the next stage.

For Argentina, and with Messi in the team, you could easily predict a cautious approach from Super Eagles coach. The ideal will be to get a draw and clear the other two matches. But while they await Argentina in the second fixture, little relevance might be accorded to the first match against Croatia, and that fixture could be massive for Super Eagles progressing to the next stage.

Croatia is a massive European team and negligence could be dangerous. Their first World Cup in 1998, they placed third and since then they have been so strong. With Luka Modric at the heart of their midfield, Super Eagles had got a lot to contend with. It should not be a case of Denmark in 1998, when we were able to beat the likes of Bulgaria and Spain in the group stage but fell to a clinical Denmark.

Super Eagles have to take opponents seriously from the first game against Croatia, and as a matter of fact, it is a must win, else they may not proceed to the next stage