They’re in the middle of a battle for an unprecedented quadruple but Manchester City boss Pep Guardiola was insistent on his players celebrating Carabao Cup glory.

City defended a trophy for the first time in their history by defeating Chelsea on penalties at Wembley on Sunday after being held to a 0-0 draw after extra-time.

It prompted jubilant scenes among the City squad and Guardiola wanted the moment caught on camera for his players to remember.

The City manager was filmed ushering in cameras to the Wembley dressing room after Fernandinho had been filmed closing the doors to the filming crew.

Once inside, they caught Sergio Aguero leading the celebrations alongside Aymeric Laporte with some curious dance moves.

‘I’m happy,’ Guardiola said post-match. ‘It went to penalties, so compliment to Chelsea it was incredible performance,’ declared Pep. 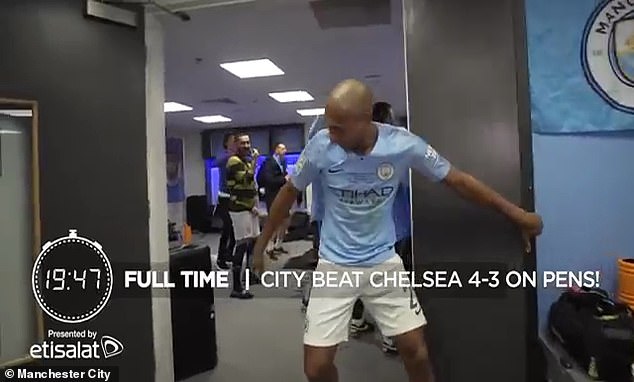 ‘The important thing with penalties is personality, and they did it.

‘In penalties, everything can happen. We are happy to win back-to-back (cups) for the first time in our history. 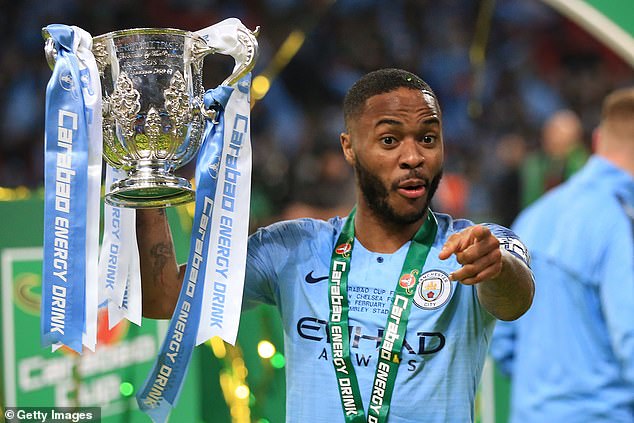 ‘You realise the team Chelsea have, they have champions. After the result two weeks ago (our 6-0 Premier League win at the Etihad), we knew it would be more difficult.’

While City were understandably eager to mark their achievements on Sunday, there will not be too much time from now on for further celebrations.

Messi Sends Panic Down the Spine of Man United’s Fans