Real Madrid impressed as their dazzling movement caused severe problems for the Red Devils defence. The Los Blancos beat Manchester United 2-1 to lift a second successive Super Cup.
Real Madrid enjoyed a greater share of possession as Mourinho’s counter attacking style failed to yield. The scoreline could have been worse as Casemeiro and Bale hit the woodwork. With Baily out, Man United defence duo of Lindeloff and Smalling could not cope with Real’s attack
Goals from Casemiro and Isco had put the Spanish giants 2-0 up but new Manchester United forward Romelu Lukaku pulled one back for Jose Mourinho’s team with half an hour remaining. 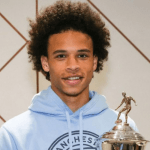